An Assault on Youth: “The War on Women…” or It used to be “Our Bodies Ourselves” 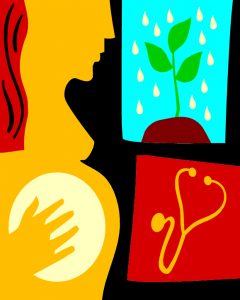 The youth of America are already at a disadvantage in this conversation in that decisions, education reform, and laws continue to show up on the political table that focus only on teenagers and, yet, teenagers have no right to vote on them.

As a teen advocate and national health educator I have been focusing lately on two dangerous points regarding youth.

The short version of one political assault involves the pursuit of abstinence only based sex & health education in schools. In 1996 Congress signed into law the Personal Responsibility & Work Opportunities Reconciliation Act, or “Welfare Reform.” Attached was a provision, later set out in Title V of the Social Security Act, that appropriated $250 million dollars over five years for state initiatives to promote sexual abstinence outside of marriage as the only acceptable standard of behavior for young people.

For the first five years of the initiative, every state but California participated in the program. (We had experimented with our own abstinence-only initiative in the early ’90’s and stopped in 1996 when evaluation results found the program to be ineffective. Currently, California has just passed a law that rejects all state funding that goes to abstinence-only programs.) After five years, evaluation results concluded that abstinence-only programs show little evidence of sustained, long-term impact on attitudes and intentions, and worse yet, show negative impacts on youth’s willingness to use contraception, including condoms, or to postpone sexual intercourse. This was concluded in every state evaluated. In one example, researchers in Pennsylvania noted that of those middle school students who participated in abstinence-only programs and reported experiencing their first sexual intercourse during 9th grade, only about half used any form of contraception. In fact, nationally, 88% of abstinence pledgers in the “I’m worth the wait” program introduced about the same time had sex within four years. This was in 2002. Despite these results, in 2006 the Bush administration requested an additional $39 million for abstinence-only programs.

This is an assault on youth in many ways. Even though this clearly is not working, youth are being deprived of the tools and information to protect themselves and each other and of the dignity and respect they deserve in making decisions that affect their own bodies and hearts. Not only that, they were fed lies. Some examples include:

Now, recent legislation increases requirements for public school programs to be medically accurate and comprehensive. But, people like myself are still struggling to honor what most of America is asking for: real and honest information around health education for young people. Seventy-five percent of parents in America want their children to receive information including contraception and condom use. And while we, as parents, are stating this, the Bush administration is evading California’s science based, comprehensive sex-education policy by channeling federal abstinence-only funds through “back doors,” contracting directly with organizations in the state. One recipient is “Await and Find” of Hayward, which provides instruction to students in several East Bay school districts, including Newark and Fremont. Another is “Teen Awareness Inc.” of Fullerton which teaches in more than 25 school districts.

We are faced with trying to help protect our youth despite our own government’s actions on this issue. The use of tactics like fear and shame do not work in any forum much less an educational one.

At the same time, today’s media portrays teenagers with the same stereotypes once openly applied to racial and ethnic groups: violent, reckless, hyper-sexed, obnoxious, and ignorant. These stereotypes, of course are a distorted image of the truth and are created and sustained by official agencies and interest groups.

For example, Michael Males (a researcher who writes frequently for The New York Times) recently described how some “2 million sexually transmitted diseases and a quarter-million abortions that result from adult/teen sex every year are headlined as ‘teenage’ VD, AIDS, and abortion.” And of course the causes of this are teenage immaturity, risk-taking, and peer pressure. And the cure is more preaching, a withholding of rights or services, and punishment aimed at “teenage sex.” BUT, “according to U.S. Public Health Services reports and California & U.S. vital statistics, men over the age of 20 cause five times more births among middle school age girls than teen boys do and 2.5 times more births among high school girls than high school boys do.” Even though many more pregnancies among teenage females are caused by men older than 25 than by boys, 18 and under, media reports and pictures show only high schoolers. By their choice of terms and images, the media blame the young and female while giving the adult and male a break.

This is exactly the image desired by thousands of agencies and programs who profit politically and financially from the issue-such as the Centers for Disease Control, which blames “teenage AIDS on promiscuous kids … playing Russian Roulette.” And it is this image that helps drive the parental consent laws for abortion.

So, we need to challenge even terms like “teenage” behavior because “teenage behavior” is not separate from adult behavior. Topics like teen pregnancy are part of an artificial political and media invention. In real world environments, teenagers usually act like the adults of their family, gender, race, class, location, and era, often because those behaviors occur with adults.

My last point here is that I feel very strongly that parents, educators, and supportive communities have to break through the denial many of our youth are in around the current state of women’s rights. They need to know about the tenuous position of choice in our country. They need to know what their options and rights are as female minors so they can ask for, or demand those rights when needed. Most of high school students (especially in private schools) are unaware that the rights they expect to inherit may not be there when they arrive at adulthood. And those that do, feel they lack the resources and places to go to fortify themselves against this ignorance. We are not serving youth by protecting them from these truths.

We need to begin thinking of new and radical ways to educate youth around their reproductive and personal rights. And finally, we must try to silence or drown out the voices that are telling society that young people are a negative influence. That way we can continue to treat our youth as if they were the people they are striving to be, not who we are afraid they might become.